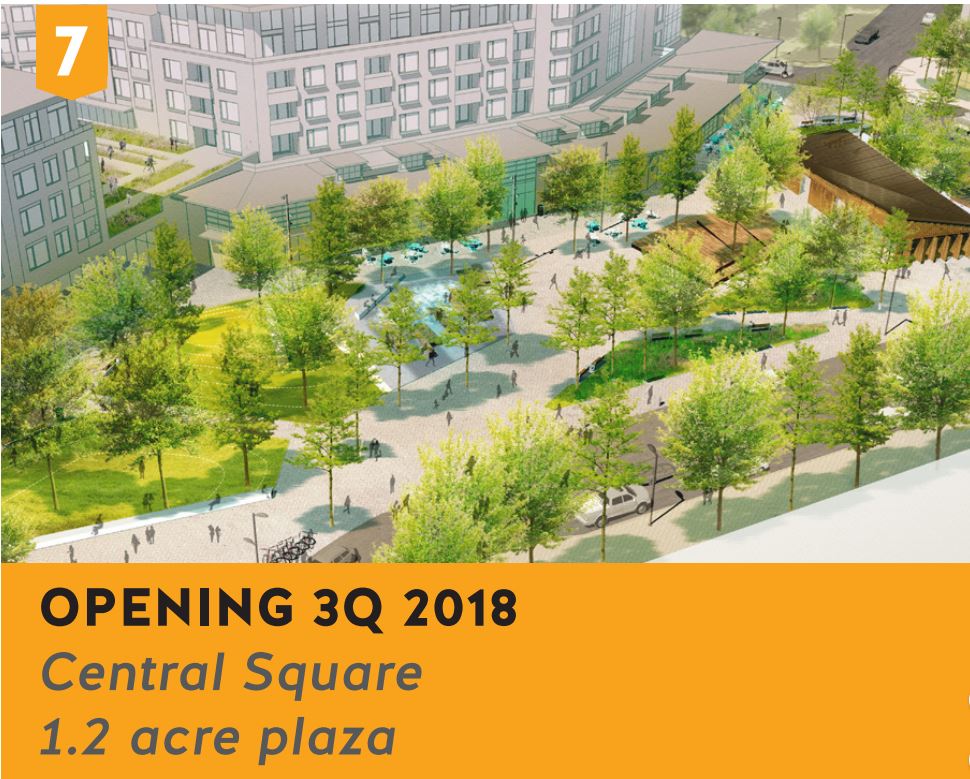 One of the most common questions I get about local commercial real estate is regarding the old Westminster Mall. In short, the first portion of this “block by block” project is targeting to open this year!

With this $5.5M plaza, it’s easy to see why there is a current plan to have / host over 200 events annually. In the next two years, this site is planned to do over 1M SF for the entire development. 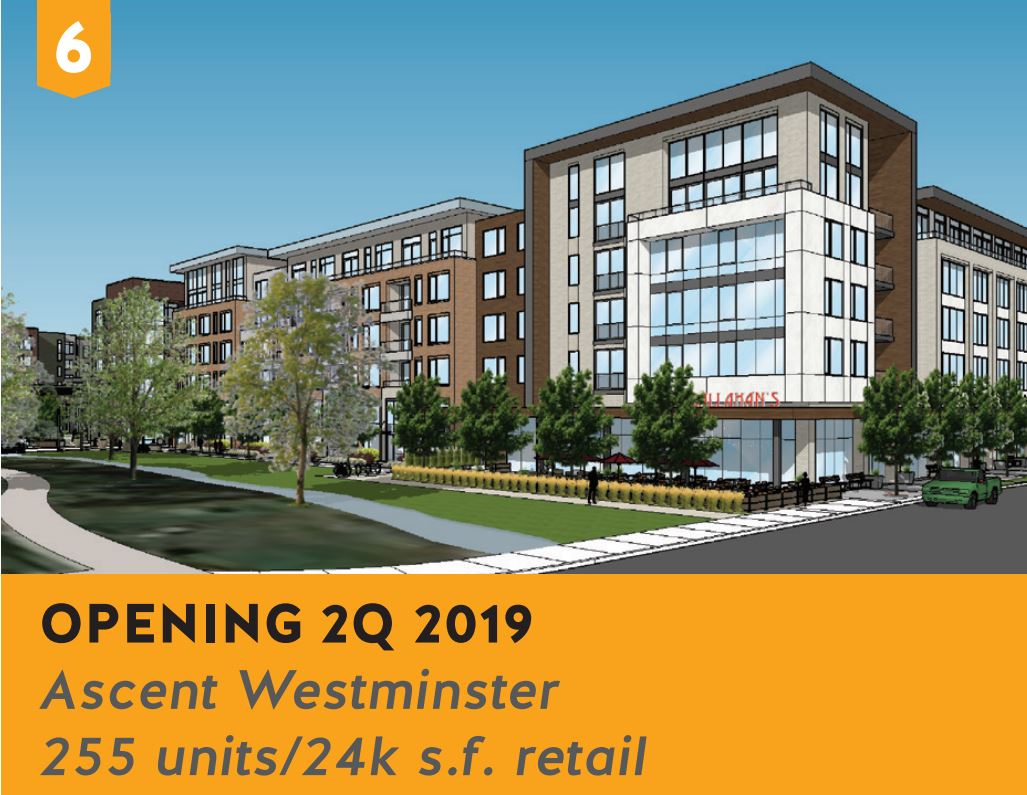 The largest structure that can be seen right now is along the frontage on 88th. It’s hard to believe this once was one large indoor mall with only one story and two movie theaters. It’s also hard to imagine that the sign for JC Penny will not be visible from 88th in the future as Ascent is planned to be built in from of the building and the parking garage is already to the east of it. 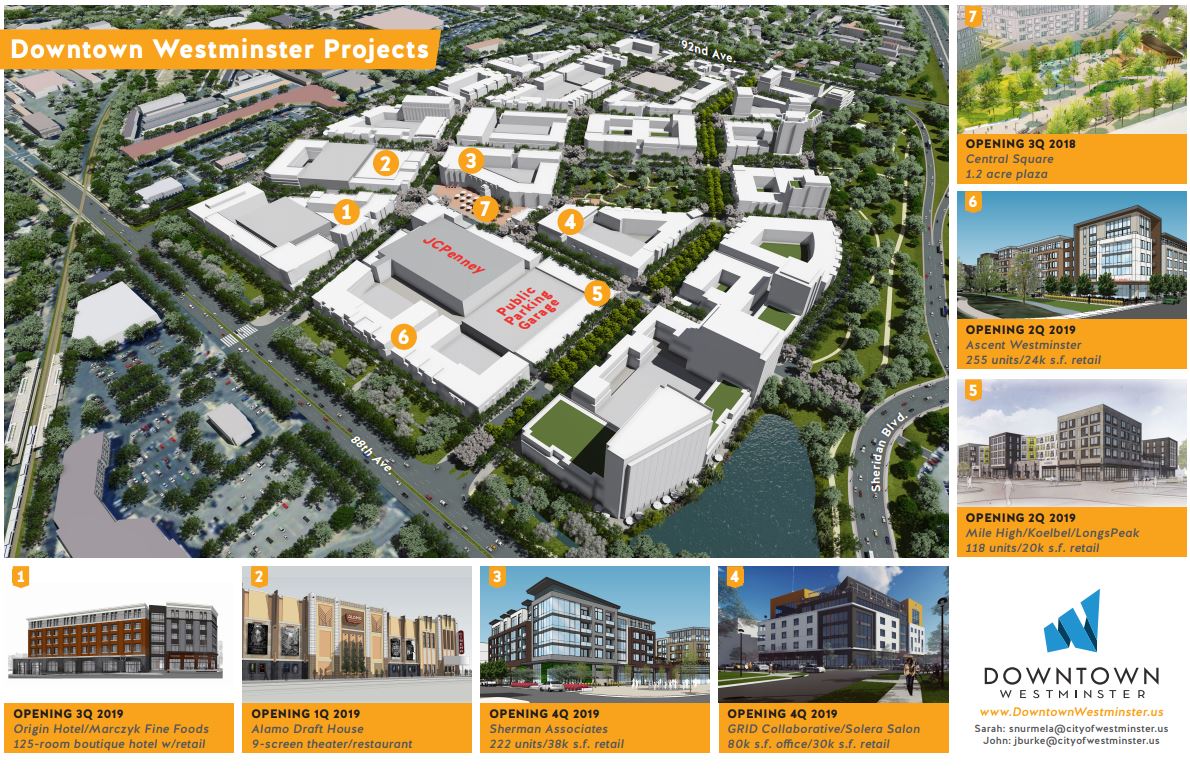 This is a great resource that explains the current plan / timeline for the site which can be found here:

This entire development is planned to change the dynamics for the city of Westminster, and I think it will bring another retail culture to the N/W metro area. The greatest comparison that this development is being aligned with is what Lakewood did with the old Villa Italia Mall- now known as Belmar: